How Much Money Can I Make With A Franchise? 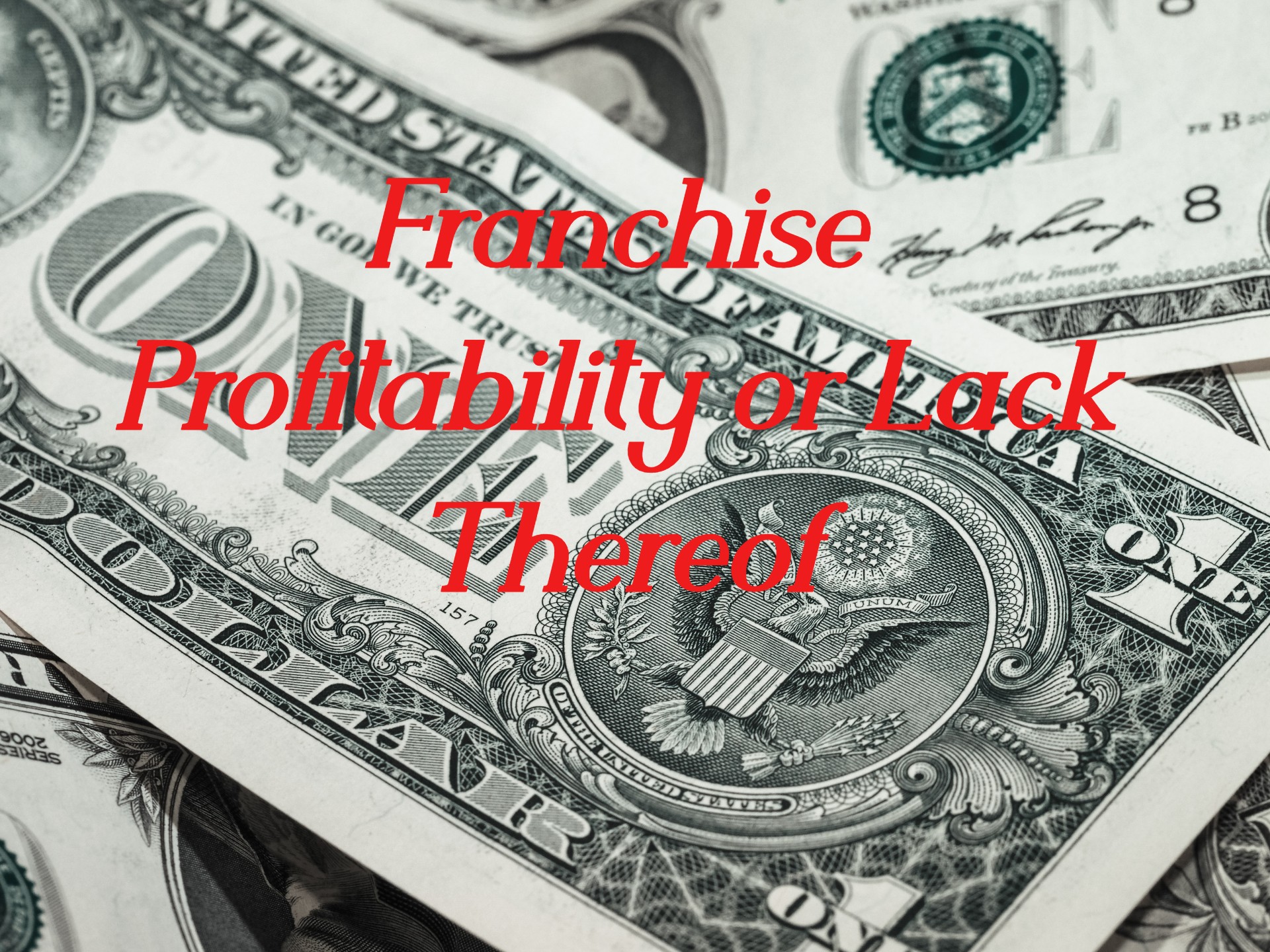 How much will this franchise make?

The Question Asked By Every First Time Franchise Buyer

With the exception of experienced buyers, most franchises are purchased based on salesmanship and the dream of making big money. And of course, anything in franchising that smacks of making money, whether subtly weaved into a conversation or stated in some very crafty, almost meaningless earnings claim, is just extra stardust in the franchise sales process. Franchise buyers hear what they want to hear and any hint of an answer as to how much money can/will be earned keeps the buyer’s interest. Unfortunately, buying a franchise shouldn’t include wishful thinking, but it usually does. Unless backed up by a well defined and useful FPR (Financial Performance Representation), what a franchise seller says about income must be verified by the buyer. (See this excellent examination of facts on FPR’s.)

Years ago, the FTC allowed the easy to understand term ‘earnings claims’ in franchise disclosure documents. That has morphed into ‘financial performance representations.’ They essentially mean the same thing, but along with the name change came more control over what was being claimed and how those claims could be stated. (And for those of you who are interested, those claims are found in Item 19 of the disclosure documents.) So, when buyers ask ‘how much money can I make with this franchise’, the best source of information would be that Item 19 and the FPR. But keep this caveat in mind. That information is only a starting point and no indication of how any given new unit might fare.

Asking Around For Information: Mr. Franchisee, How Much Money Can I Make With This Franchise?

Obviously a good source of performance information is existing franchisees. But again there are caveats. For example, on what performance tier does that particular franchise fit within the system? Or, have you been pointed to a given franchisee by the salesman or broker you are dealing with?

When buying a franchise, everyone wants to know how much money they can make, but even with quality due diligence you will never know until your particular unit is up and operating.

The real shame is that most buyers never even perform the most basic of pre-purchase due diligence when searching for options. So can you imagine how they are starting out? I’ll tell you. Their heads are in the clouds and reality is about to strike.

How Many Franchisors Provide FPR’s?

Back in the 90’s perhaps 20-25% of franchisors offered ‘earnings claims.’ As time marched on and competition demanded that more information be available for buyers, the numbers went up. Today you’ll find 50%+ providing some type of financial performance representation. Good luck as you go forward. Ultimately, it won’t be ‘Mr. Salesman, how much money can I make with this franchise?’ The seller is not your information source for that question. It will be you gathering your own real data from many sources (including an FPR) and making a worthwhile forecast.

By Bibby Group|August 12th, 2021|Categories: Buying a Franchise, Entrepreneurship, Franchise Information, Franchise Opportunities, Franchisee, Starting a Business|Tags: franchise, Franchising|Comments Off on How Much Money Can I Make With A Franchise?