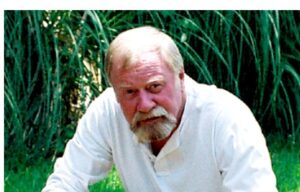 Entrepreneurship is Independence at Work℠

Nick’s entrepreneurial journey was as a franchisee then as director with an international franchisor. Next he founded Bibby Group as a  franchise consultancy and developed unique programs and unmovable stands on what constitutes quality. Those programs include how to create a franchise brand, buying a franchise, and franchise best practices.

He grew up in a family filled with business owners where working for oneself was a way of life. His interest in the subject culminated in creation of The Focus Program For Emerging Entrepreneurs – a process dedicated to helping people decide if and how self-employment might be a wise choice.Nick is accepted by courts nationwide as a franchise expert witness. His many articles and interviews reflect serious analysis and a deep understanding of the industry.

Before franchising and consulting he was an operations analyst with ITT Corporation. He holds an MBA from Boston University and an MA in Counseling from Louisiana Tech.

Nick was an infantry officer in the United States Marine Corps. He served in Vietnam and earned the rank of Captain.