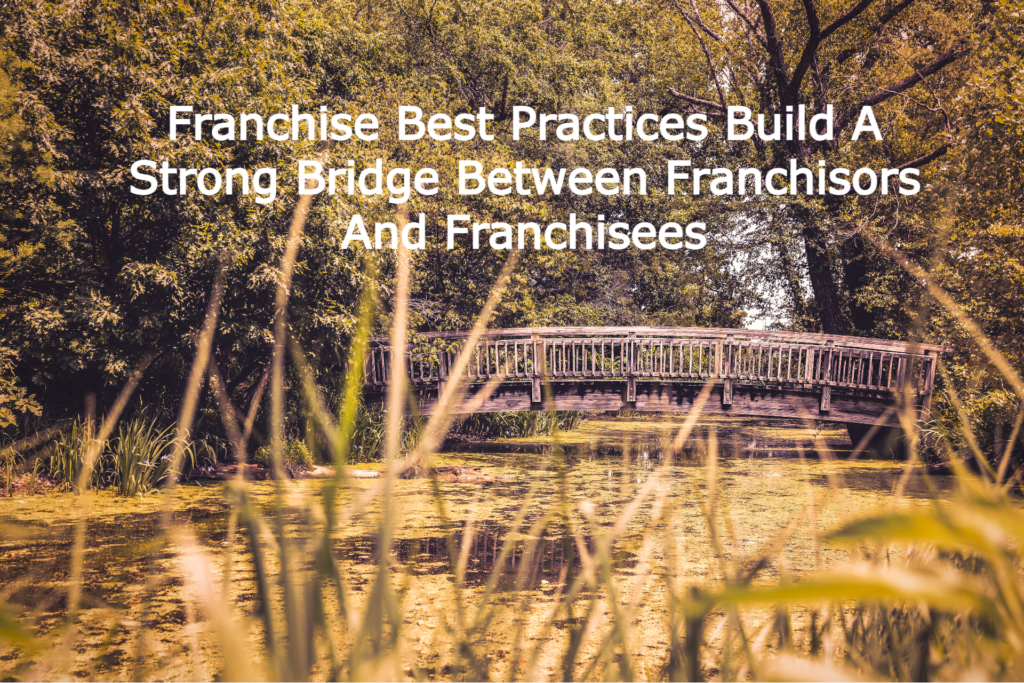 Once launched, most franchise programs turn to automatic pilot. Systems for sales, training and support are used to process and launch franchisees. But those same systems are not necessarily adequate or working correctly over time. While it’s true that good franchisors provide their best tools to enhance franchise success, those tools and systems should be reviewed on a timely basis. Indeed, stale systems lead to a stagnating, if not a failed franchise.

Our franchise best practices methods are effective because we operate with experienced, unbiased, franchise-savvy eyes. Franchisors and franchisees can can work through problems with an unbiased third party. When a franchise is emerging, some operational aspects that functioned well in the model may not transfer to franchised units. Best practices can point out corrections before early choices become ruts in the program. In the case of growing and established networks, problems can fester for long periods and resentments can make resolutions difficult. Fix those concerns before true resentment leads to lower income, lower expectations and a breakdown leading to legal remedies. Best practices, if performed correctly, can analyze and smooth out system designs and real life flaws.

In short, franchise best practices focus on two essential elements. They are: 1. ongoing analysis of the model, and 2. maintaining quality relationships between franchisor and franchisees.

Franchise Best Practices Study The Model. (At Least They Should.)

No doubt, the franchise model should come to market in its finest form. But unfortunately that is often not the case. What’s worse is compounding the problem by recruiting franchisees that shouldn’t be there in the first place. When the wrong franchisee is brought into even a good model, trouble is coming and sickness is going to spread. Franchisees suffer and the franchisor becomes bogged down in the mess that they themselves created. We can do a great deal to repair an imperfect system by analyzing problems through an unbiased lens. And know this: the human side of franchising is generally not a consideration until it’s too late. Do something about it. Know who fits with the model and why.

An unfortunate fact of life is that many entrepreneurs are lured into franchising their concept by unscrupulous consultants who are seeking nothing more than a fee. New franchisors are filled with thoughts of great growth, wealth and glory, but they can be moving blindly until dreams begin to unravel. Franchise best practices can be most helpful when unplanned start-up launch problems appear. When a new franchisor’s stomach says that something is wrong, they need help. And that may be the same help they should have received before franchising.

Whether you are a new or longer term franchisor, read up on the countless lawsuits wherein franchisors are sued by their franchisees. Many, perhaps even most, of those lawsuits resulted from bad business practices, but rest assured that all of them included bad relationships.

Franchisors, even the most conscientious, are wrestling with franchise sales, training, field problems, and countless other issues that absorb their time. An attitude of “I trained you and I offer you support, so get to work” is not uncommon and not hard to develop given so many demands. But just like any other relationship, feelings are sensed even when not spoken. Feelings of resentment can develop and run deep on both sides. Franchise best practices, when performed professionally, impartially and correctly can bring to surface and resolve many business and personal issues that, if not confronted and resolved, will ruin an entire system. Identifying and curing conflicts before they are red hot is the goal of Franchise Best Practices.

“There are no better consultants in the Franchisor/Franchisee relationship building practice than the Bibby Group. The honesty and care they deliver can give all parties confidence that a franchise system and its relationships will be strengthened.” Joe Grondin, Founder – Roosters Men’s Grooming Center, https://www.roostersmgc.com/