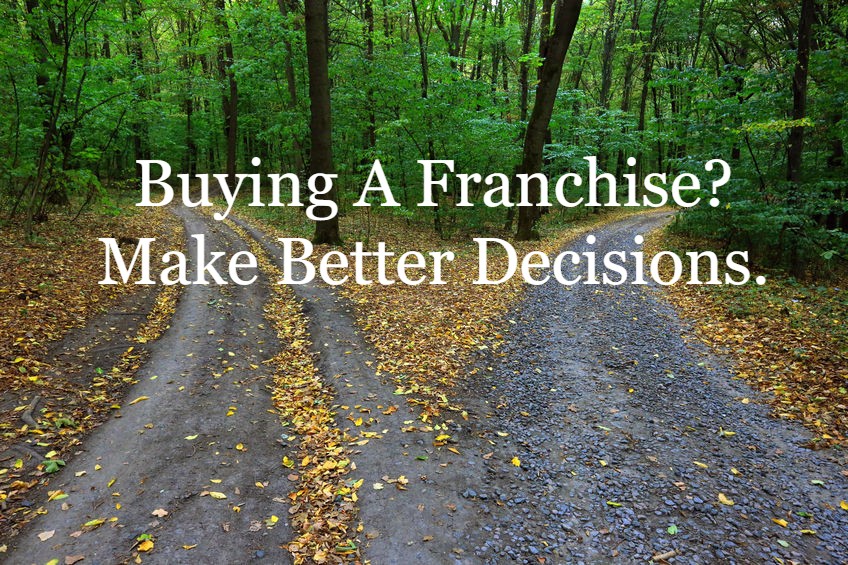 If you’re buying a franchise – answer these questions.

35+ years in franchising has revealed to us a large number of constants that can be relied on as true. At least two of them pertain to buying a franchise and those who consider franchise ownership as a career alternative.

Truths To Consider When Buying A Franchise

One, those thinking about buying a franchise believe that franchising is a magic elixir where prosperity reigns supreme. Not so as further explained below. Two, those who do buy franchises do not perform adequate pre-purchase due diligence. Again, further explanation to follow. Those two ‘facts’ are the main reasons why people fail and wish they had never entered the world of franchising. Not fitting the franchise mold and not performing adequate due diligence are fast tracks to bankruptcy and unhappiness. If you’re thinking about becoming a franchise owner, do yourself a favor. Accept these caveats simply for their pure truth.

First is the highly touted magic of franchise ownership and success. Franchising’s message of magical success has always been well advertised but never well substantiated. Why? Because it’s not as successful as promised – never has been. If you’ve been around the franchise industry for any length of time you’ve heard common phrases. A top vote getter is: ‘In business for yourself, but not by yourself.” Is it true? Sometimes. How about the decades old boast that ‘92% of franchises are successful while 80% of independents fail”? Simply not true! So how does one go about buying a franchise with some, or a large, degree of confidence? Here’s how in three steps. Not simple steps, but adequate if applied seriously.

To sum up, know that you want to be self-employed and know that you can operate within the guidelines of a franchise. You can make those decisions on your own. Regarding franchise due diligence, know that since the late 1990’s franchise brokers and salespeople have adopted the term ‘franchise consultant’. It’s always free of course, and it sounds better than broker. Get the point? The critical fact is that these folks are selling franchises and they are NOT going to harm a sale by providing any type of due diligence. Whether they are actually able or not able to conduct due diligence is another question. Protect yourself.

We have never sold a franchise, been paid a commission or accepted a referral fee relative to a franchise buyer. That’s not our business. The Bibby Group is and always has been a ‘fee for service’ consultancy helping the two sides of franchising: those who want to franchise their successful business and those interested in buying a franchise. Our pre-purchase due diligence for franchise buyers is second to none, affordable as a minute percentage of purchase price and a darn good hedge against making a bad purchase that can ruin your life.

OUR MISSION: WORK TO PROTECT YOU, YOUR ASSETS & YOUR FUTURE