What Are Franchise Royalties? 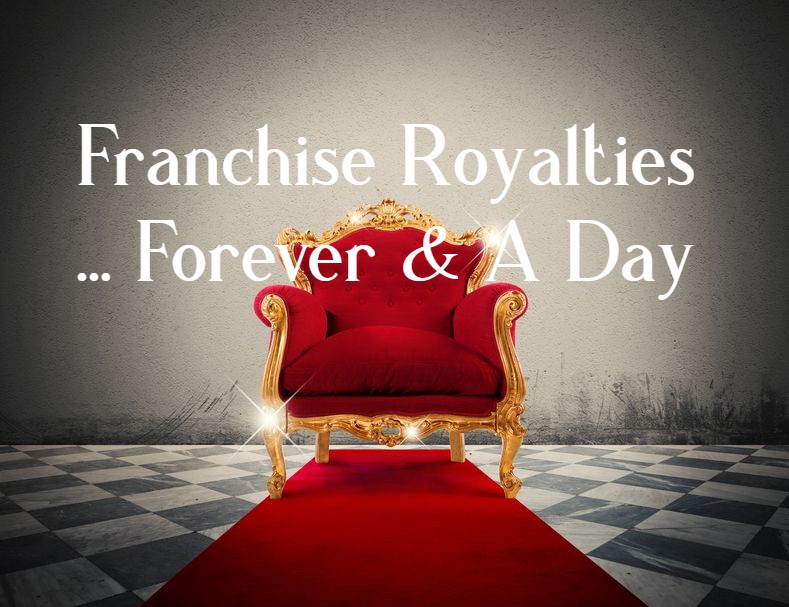 Franchise Royalties Are Simply A Fact Of Franchise Life

Can You Offer Some Information On Franchise Royalties?

Are there simple rules with regard to royalties? I’m thinking of franchising my restaurant and wondering if all the franchises in that sector just charge a flat percentage. Thanks.

There Are No Standards Or Regulations Concerning Royalties

For those new to the subject, here’s a general explanation of franchise royalties. Royalties are generally a monthly fee paid by a franchisee to the franchisor for continued use of branded elements. Among those items are the commercial symbol (trademark), support services, the operating area/territory and any and all other items so defined in the franchise agreement.

Now, franchise fees run the gamut from initial fee to advertising fee to royalties. Some franchisors prefer flat monthly fees that insure a known income and reduce oversight and audits.  Others want a minimum monthly fee or a percentage, whichever is greater.  Still others call for a percentage ranging of 3 to 7 percent, or even a greater percentage of gross sales.  With regard to startups, we think there are strategies to entice early franchisees to join the system other than reducing royalties.

As development consultants, one of the major issues that we have with franchise generalities is that they take a “one size fits all” approach. We look at each offering as unique. So, planning for franchise royalties is a key to establishing a new program. There must be a rational basis that reflects the specific business.

Good strategic planning demands that all the pieces of the franchise development puzzle fit together.  Copying parts of another franchisor’s successful system is generally a mistake.  The personalities and drivers of the copied system may be a very poor fit for the new franchise company. Copying another franchise plan rarely proves successful. Ultimately, there is no rhyme or reason to the new offering.

If a new franchisor desires to entice the first round of franchisees with reduced costs, it might be better to work on upfront fees and incentives rather than dilute future income. A good franchisor thrives on the success of franchisees, and that means franchise royalties.