Franchise Broker Or Consultant: Which Do You Have? 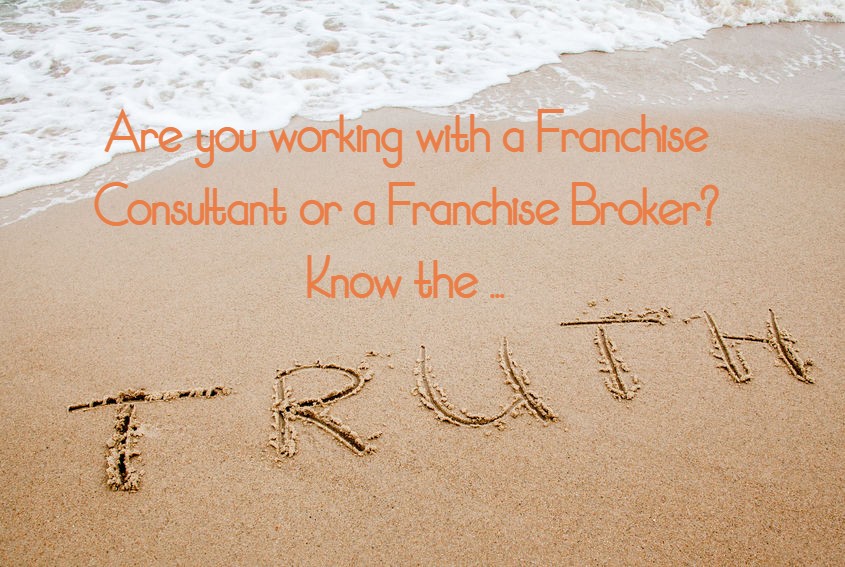 Franchise Consultant or Franchise Broker? Know which one you’re working with.

There are literally hundreds, if not thousands of franchise brokers that label themselves ‘franchise consultants.’ Prospective entrepreneurs who are interested in buying a franchise should educate themselves on this subject.

Wh? Becasuae there’s an between the two. Somewhere in the 1990’s franchise representatives/brokers/sales people began calling themselves consultants. The reason for the change is quite obvious. The term ‘consultant’ sounds more attractive than broker. The term ‘consultant’ also implies something different than broker, and that difference confuses franchise buyers. The switch is arguably intentional, but you be the judge.

The franchise broker (by any other name) represents franchisors, not buyers, and is paid a fee (or commission) if a franchise buyer chooses one of the franchises with whom they have contracted for their services. So buyers must ask themselves: ‘Who’s the client, me or the franchisor?’ The answer is quite simple. The client is the entity paying the broker’s fee – the franchisor. No matter how one cares to define the relationship, if the broker is paid by the  franchisor, the franchisor is the client. Simple enough?

A franchise consultant on the other hand is a ‘fee for service’ provider. This can also be explained in simple terms. A franchise consultant charges buyers a fee to advise and protect them. The most important aspect of this protection is serious franchise due diligence that breaks down and analyzes a franchise offering. You will not find a commissioned broker breaking down a franchise they represent and pointing out its flaws. They’re paid to sell a concept, not critique it.

The easiest way to identify a franchise broker is by the following ad: ‘FREE FRANCHISE CONSULTING.’ It’s the standard calling card. Nothing is free. As said above, just follow the money.

Is There A Benefit To Franchise Brokerage?

Yes and no. The broker will introduce prospects to franchises they might otherwise not see. But there are at least three negatives.

Buying a franchise, when done right, is a complicated proposition. Franchising is expensive and making a mistake is the mistake of a lifetime. That means not only the potential for losing a large amount of money, but losing time and finding misery if it’s a bad choice. Franchise failure rates are high, much higher than people are led to believe. A bad franchise purchase can ruin your life. So, buyers must ask themselves: Do I want free sales input or do I want protective services? Simply put: BUYER BEWARE. For help in first getting to know your entrepreneurial self before you decide on any form of self-employment, see The Focus Program For Emerging Entrepreneurs.