To Buy Or Not Buy A Franchise 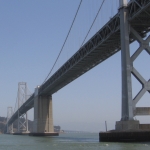 To buy a franchise is to cross into a very new place.

Should I or shouldn’t I buy a franchise?

If you’re wondering if you should buy a franchise, join the crowd.

At any given time there are millions of people thinking about being self-employed as a franchisee.

In the 1980’s and 90’s becoming a franchisee was a very common step away from corporate America. And that was especially true among executives who were handed golden parachutes but were also too young to retire altogether. In those days the parachute money might even be traded straight up for a new franchise. The days of golden parachutes are now history for the most part and that creates some very different considerations for those who want to buy a franchise. Here’s why and how.

Instead of the golden parachute it’s more common today to hear stories of people using up their savings just to stay afloat while searching for a job. Life is more difficult in recent years due to all the commonly know factors: economic uncertainty, world unrest, and you know the rest of the story. So, bottom line on this issue is that there is not the same smattering of discretionary wealth among prospective buyers.

New economic facts of life make all of the traditional concerns about buying a franchise even more obvious and of greater concern. What are those issues and concerns?

First, should you really be self-employed? That’s really the most critical question of all, If your gut is shaky in any way, don’t go down that road. No one in business has a crystal ball, but a sense of confidence and feeling ready to move ahead must be present. And once again, add in economic uncertainty as another layer of negativity. Whether you buy a franchise or go on your own, it’s going to be a battle in the beginning – and maybe for the long haul.

Second, what type of business, if any, should you choose? Again, it’s an age old and tough question, but it needs to be answered if you’re moving forward. Tradesmen have an easier time with this question because they own a marketable skill. The only decision is to be an employee or self-employed. Those without a trade and who want to buy a franchise still have to decide on the type of skill in which they want to be trained. The Focus Program for Emerging Entrepreneurs helps greatly in the decision process, but it’s still a leap of faith.

Third is truth and trust. The internet has poured out a great deal of information on franchising including the ugly side, and the ugly side certainly does exist. People are more weary and with good reason. And of course, with fewer financial resources, franchise buyers must be even more inquisitive (and should be). If one is going to buy a franchise, due diligence is critical. Today’s economics seem to be forcing a greater percentage of buyers to perform better investigation and that’s good thing.

And of course we can’t forget the all important question of fitting within the franchise equation. Honestly, this is should not be a difficult question to answer. Here’s why. If your personality is such that getting along with a group and following a system results in smooth sailing, then franchising might just work. But if you have a mile wide independent streak and enjoy making up your own rules, franchising is probably not a wise choice.

Of course there are many other considerations but these are important ones in the buy or not to buy a franchise decision.