Do I Want To Turn My Business Into A Franchise?

What Would Franchising Mean For Me? 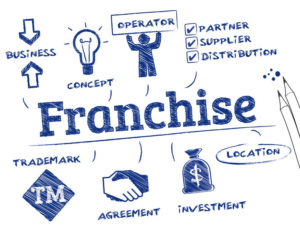 What is a Franchise? Refer to the Federal Trade Commission.

I’ve built a business from the ground up and I either want to franchise it or sell it as a business opportunity. For openers, I’m wondering what a franchise is. It’s not a complex business, but it requires commitment to show up and actually do the job right. What I don’t want is to train someone who gives me headaches by not doing the job. Can I protect myself in some way?

First, congratulations on your business success. You happen to be among a small percentage of people who accomplish that feat. Your questions and your concerns are extremely valid and now is the time to address them. Do not sell your concept to others before answering these concerns. in other words, don’t put your brand at risk by moving forward without great thought.

In 1979 the Federal Trade Commission published the franchise rule. It defined a franchise. That document provided for a ‘Uniform Franchise Offering Circular’ that presented due diligence information to potential buyers. Now that document is known as an FDD – Franchise Disclosure Document. Franchise due diligence is, without a doubt, the most important aspect of buying a franchise, yet both franchisors and franchisees tend to downplay it. Don’t do that as a prospective franchisor. It’s an opportunity to shape your offering that should go beyond legal requirements.

What Does The Franchise Rule Mean To You As A Seller?

There are three elements that, if present, define a franchise. Eliminate one of the elements and the opportunity may take on a different name. With the franchise label you will have certain protections. Namely, the kind of protection that you described above regarding how you want your mobile detailing business to be operated.

The Reality Of Franchising

The practical aspects of franchising are not as simple as the elements that label it a franchise. It’s the prospective franchisor who must decide whether or not the time and financial investment is worth it. Just to document your offering will take substantial time by a franchise attorney. Then one must learn ‘how to franchise.’ It’s complicated, but manageable for the right person.

But most importantly, it’s about the control and commitment to excellence that you want. You want your child, your precious business, that you gave birth to and nurtured to success, to remain fit and strong. You want it to run according to your standards.

By Bibby Group|April 24th, 2022|Categories: Franchise Information, Franchise Opportunities, Franchising a Business, Franchisors|Comments Off on Do I Want To Turn My Business Into A Franchise?
Page load link
Go to Top