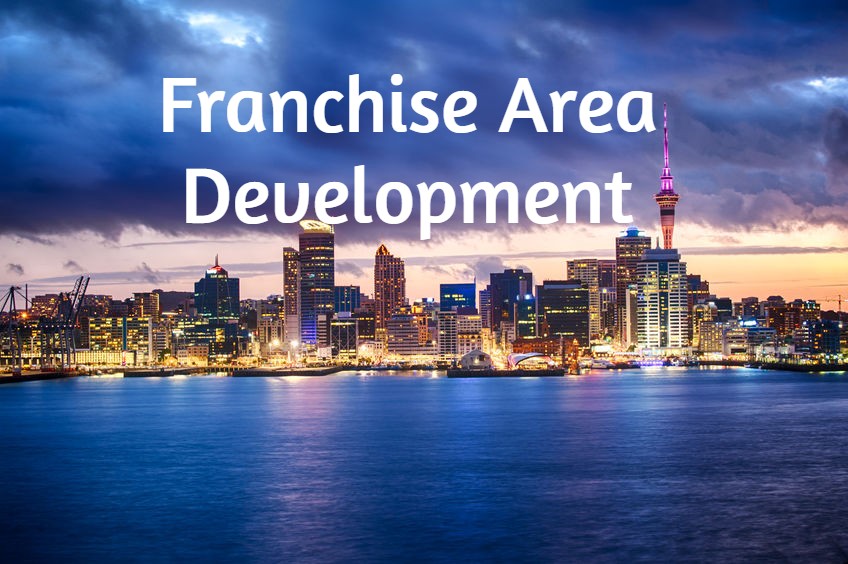 The concept of franchise area developer defines a specific business relationship in franchising. But the principles describe other relationships like master franchise or regional developer. The concept is quite simple. A franchisor grants rights to develop a specific geographic territory to a willing, and hopefully able, business entity. In the world of franchise area development, that’s where the simplicity ends and the nuances begin. However, before we look at the area development in a practical sense, consider the government. The Federal Trade Commission publishes legal guidelines for franchising. You will find more about our subject and legal commentary here under FTC’s Answer 9.

Now, whether the developer owns and operates each new unit, or sells them to new franchisees, there are a number of hurdles in forming the development strategy and the relationship. The major issue, again from a practical standpoint, is the nature of the agreement.

1. Franchise Area Development – Developer is Owner of All Units

Here, the developer is responsible for opening a specified number of units based on a pre-determined schedule. In each case the developer is also the franchisee or owner of the units. The pressure sits squarely on the developer’s shoulders to meet deadlines or lose development rights, along with the deposit that secured rights to the project. Of course, franchise area development is usually to the franchisor’s advantage because the franchisor is gaining the potential for many units on the basis of one franchise sale. There is little downside for the franchisor in this scenario. If the developer does not produce, the territory can be re-marketed. However, there is not only the possibility of losing the down payment made on each unit to be developed, there is a real potential for disaster if the concept is unproven.

If the first unit built in the territory is a bust one can cut their losses by not opening more units, but there will be a large cost lost in the initial franchise area development rights and the cost of opening the first unit. Of course the strongest argument in favor of this arrangement is the success of many concepts wherein early investors own multiple units. It takes deep pockets and a great concept that works across geographic boundaries. It also requires good organizational skills, good franchise relationships, focus, and a strong constitution. The main caveat? Buy a concept that has proved successful in a variety of markets. And don’t let greed get the upper hand.

The Science of Franchise Area Development

The science of the concept involves proper test marketing, pricing, support splits, training assignments, organizational and operational guidelines. Demographic analysis, and sales to good franchisees to build a sound foundation. All of this is basic franchising 101. BUT, the “art” of the concept is something entirely different.

The Art of Franchise Area Development

Art is measured by the quality and creativity of the strategic plan. That makes the difference between success and merely formalizing an agreement. Personalities, goals and visions must mesh, but even then, the results of poor planning will kill the initial dream. With good strategic planning, area development can be successful. Beyond the obvious need to begin with a quality franchise offering, it is again the concept of fit that will spell the difference between success and failure.

In addition to this article, you can hear about franchise area development via franchise streaming audio.